Early on Monday morning, April 23, 2007, Cindy Sherwin left her Lower East Side apartment and began her day with a grueling bike ride on Riverside Drive. She was training for her first Ironman Triathlon scheduled for Lake Placid, NY in July. Cindy was an experienced marathon and triathlon competitor. She ran the New York Marathon five times and competed in numerous triathlons. The Ironman, the ultimate triathlon, was a personal challenge, and one she had dedicated herself to with the energy and passion she applied to all the other important commitments in her life. The Ironman required eight months of hard training in addition to her full schedule as an elite fitness instructor and a nutritionist, obligations for radio and TV appearances and, most recently, a new-found pleasure – speaking to elementary and middle-school children about the central theme of her life, examining the close relationship between nutrition and fitness.

This would be a characteristically busy day for Cindy. She started with an early morning cycle ride in preparation for the 112-mile Ironman bike portion, a packed schedule of clients throughout the day, and perhaps a run in Central Park late in the afternoon.

But this wasn’t to be a typical day for Cindy. Midway through her ride, Cynthia Lynn Sherwin suffered a ruptured brain aneurysm and died suddenly at the young age of 33. 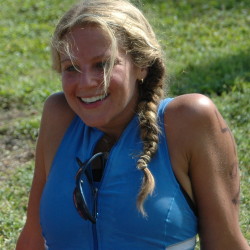 Thank you for an amazing 2022! Wishing everyone a healthy & happy #newyear2023! Looking forward to seeing you at the 10th Annual Run for Research in FALL 2023! More info to come! You can still donate through http://Bit.ly/2022TeamCindy All proceeds benefit @bafound #Brain #Aneurysm