TeamCindy™ is a fundraising arm of the Brain Aneurysm Foundation, the nation’s premier nonprofit organization solely dedicated to providing critical awareness, education, support, and research funding to reduce the incidence of brain aneurysms.

Brain aneurysms are a silent killer because most show no symptoms over time.

Despite these cruel statistics, the situation remains grim. Brain aneurysms fly under the radar, with researchers struggling to find adequate research funding. 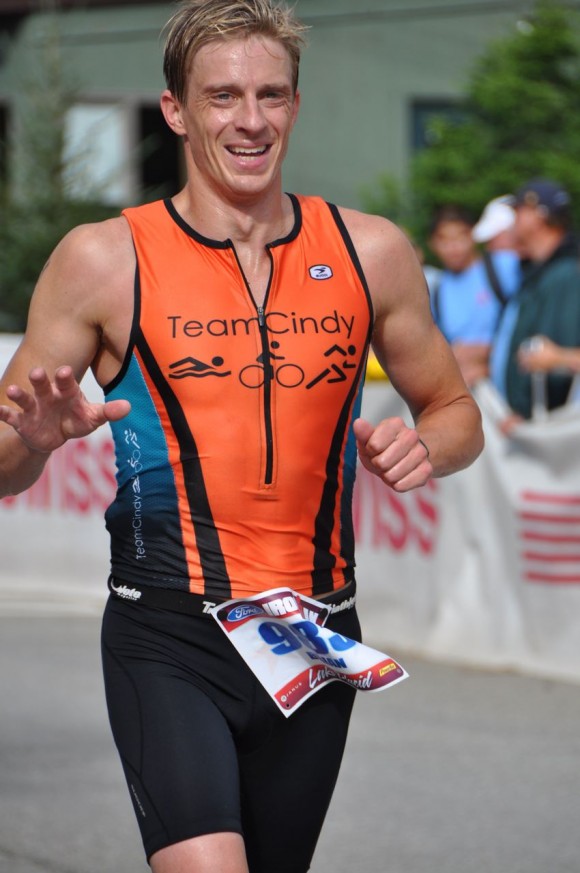 TeamCindy was born in Tempe, Arizona in 2008. A participant in the
Tempe Ironman heard Cindy’s story and offered to run the Ironman in Cindy’s name and raise money for brain aneurysm research.

Together, the Brain Aneurysm Foundation and TeamCindy defined the TeamCindy mission: to raise money for research into the early detection and prevention of ruptured brain aneurysms.

Using the Tempe fundraising model, TeamCindy secured charity slots and brought together a team of four to participate in the 2009 Lake Placid Ironman, the same event for which Cindy had been training when she was struck down.

A number of athletes took part in other events, including the New York Marathon, the Boston Marathon, and the Coeur D’Alene Ironman during that same period, competing as part of TeamCindy and raising money for brain aneurysm research.

In 2014, TeamCindy unveiled its own signature event, the TeamCindy Run for Research, a 5K Run/Walk in Riverside Park, New York City that is planned as an annual fund-raising event. This family-friendly, 5K timed event attracts people of all ages and all levels of participation.

Beginning in 2015, Mount Sinai Health System’s Department of Neurosurgery in New York partnered with TeamCindy to expand the scope of the event, and the race date was moved to September which is Brain Aneurysm Awareness Month.

TeamCindy’s fundraising efforts support the work of the Brain Aneurysm Foundation and finance two annual research grants in keeping with the TeamCindy mission: The Cynthia Lynn Sherwin Research Grant as well as the Escape from Alcatraz/ TeamCindy Research Grant.

Today marks the 25th anniversary of the #MLKDay of Service observance. @MLKDay